Here's the link to the Lego 2015 catalog.  I see that there are some new City and Marvel, DC Super Heroes sets. 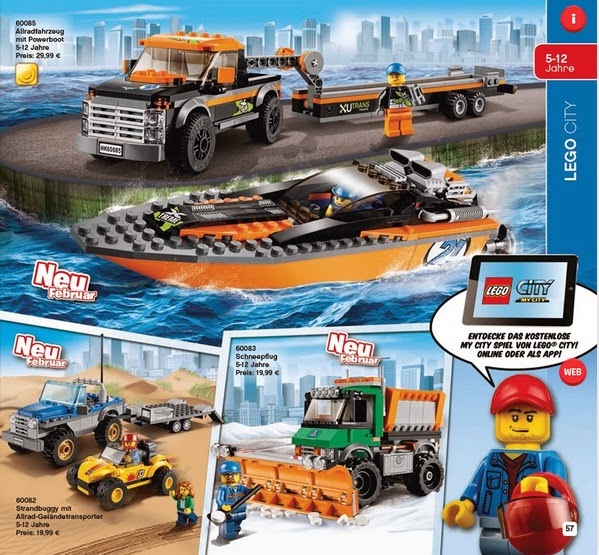 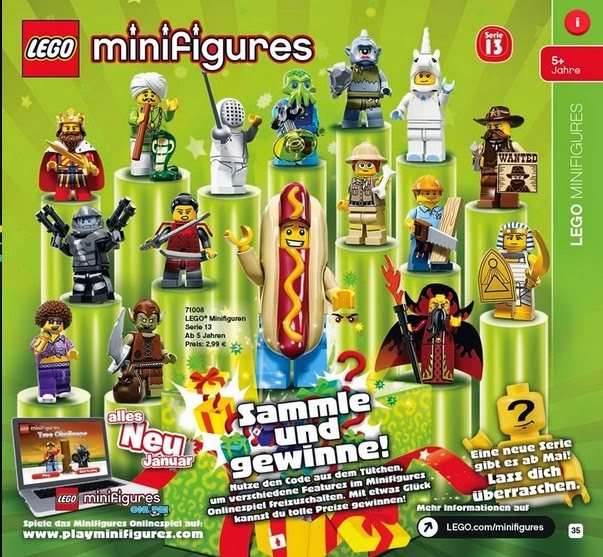 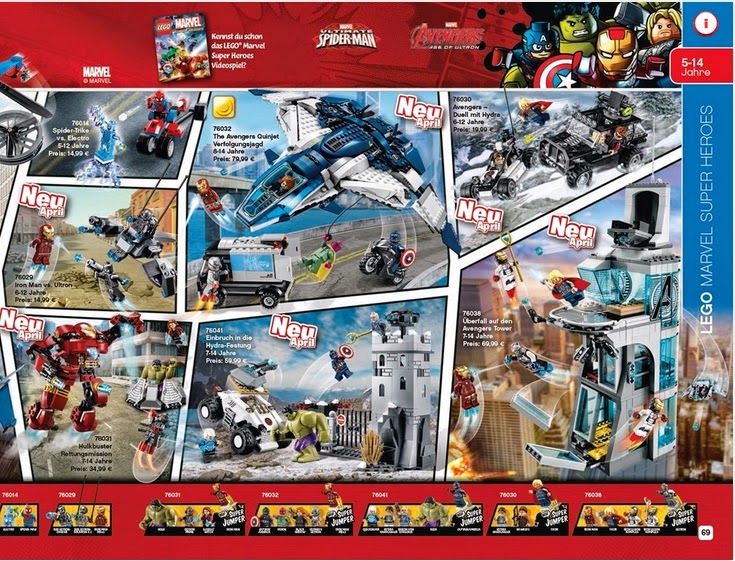 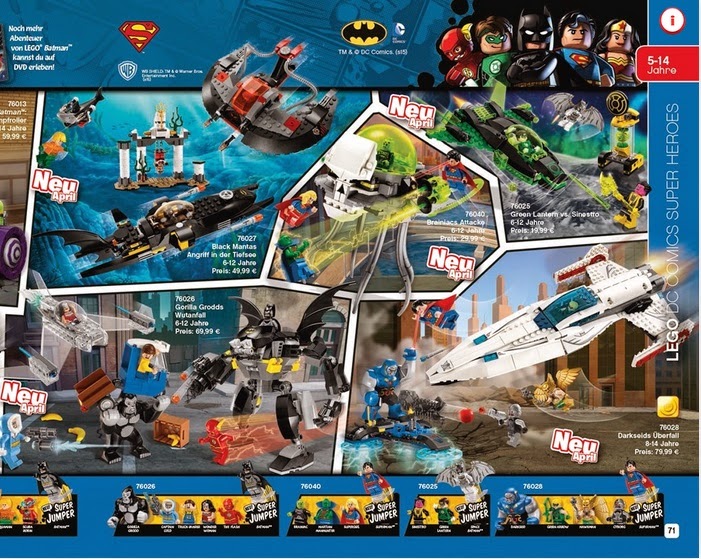 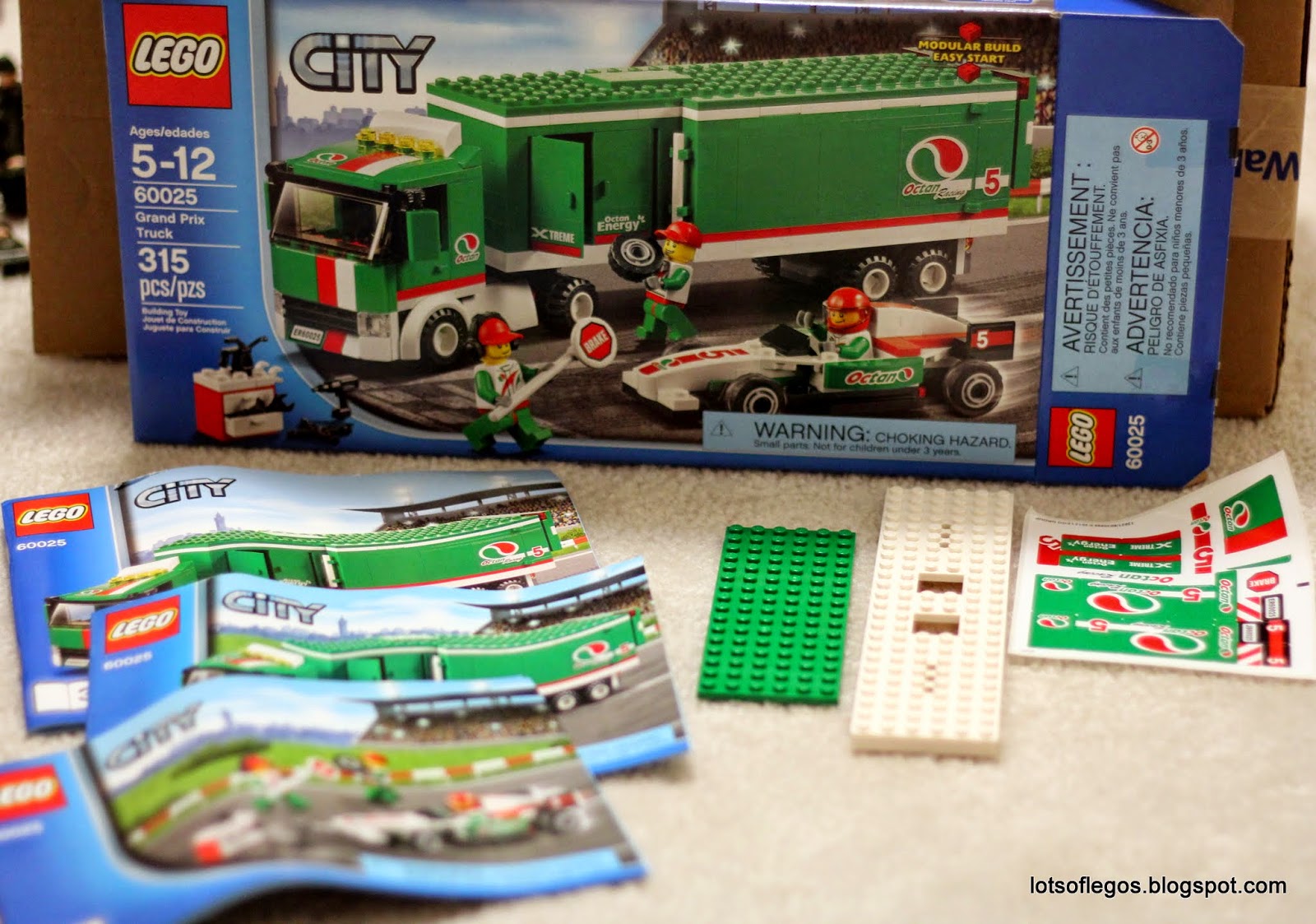 Walmart had the Lego Grand Prix Truck on clearance, so I had the set shipped to my house.  It is part of the City series, set number is 60025.  It has 315 pieces.   I liked that the box was the right size for the parts. In the past Lego set boxes seemed to be way bigger than necessary. 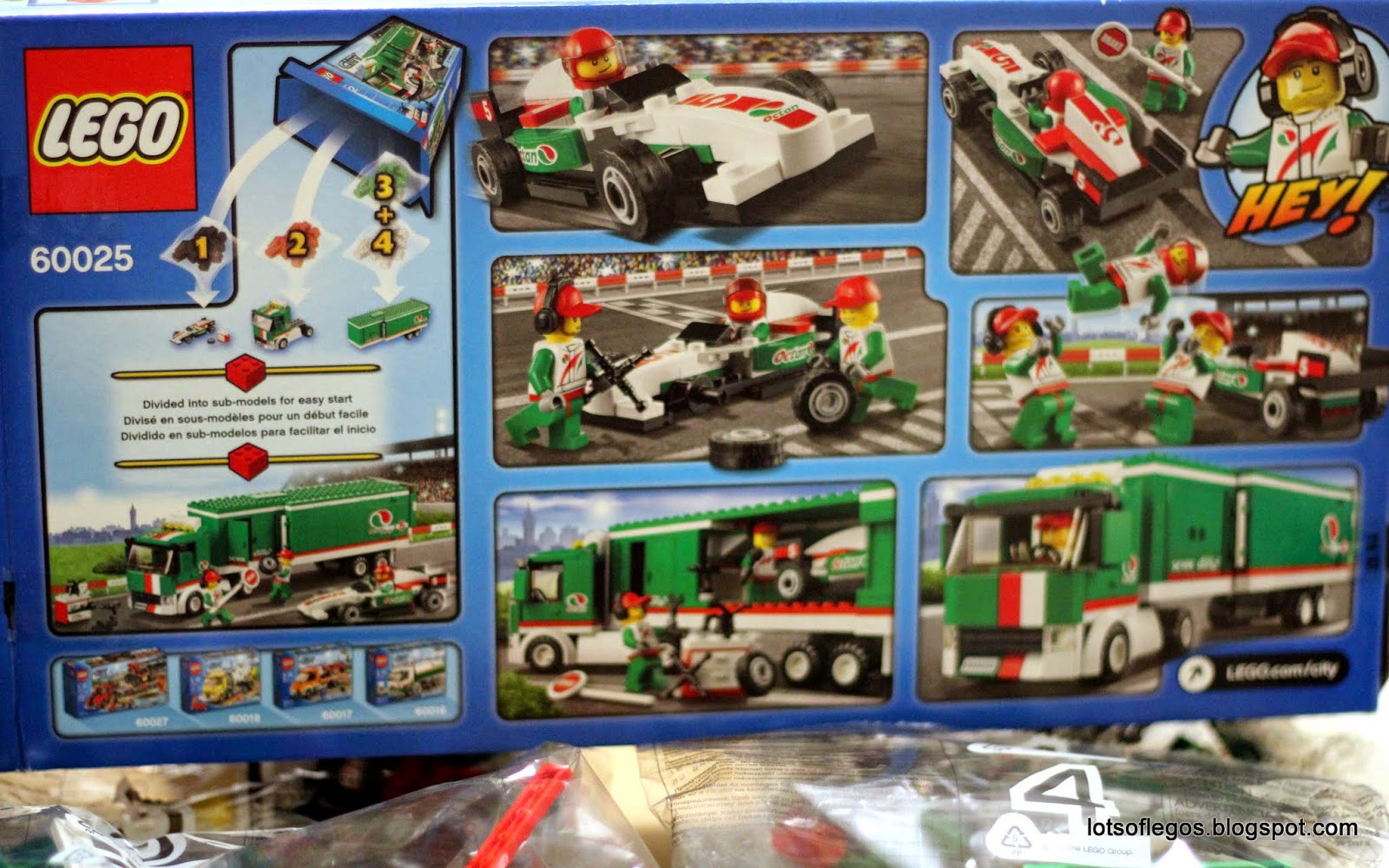 Here's the back of the box showing you all the neat play features of this set. 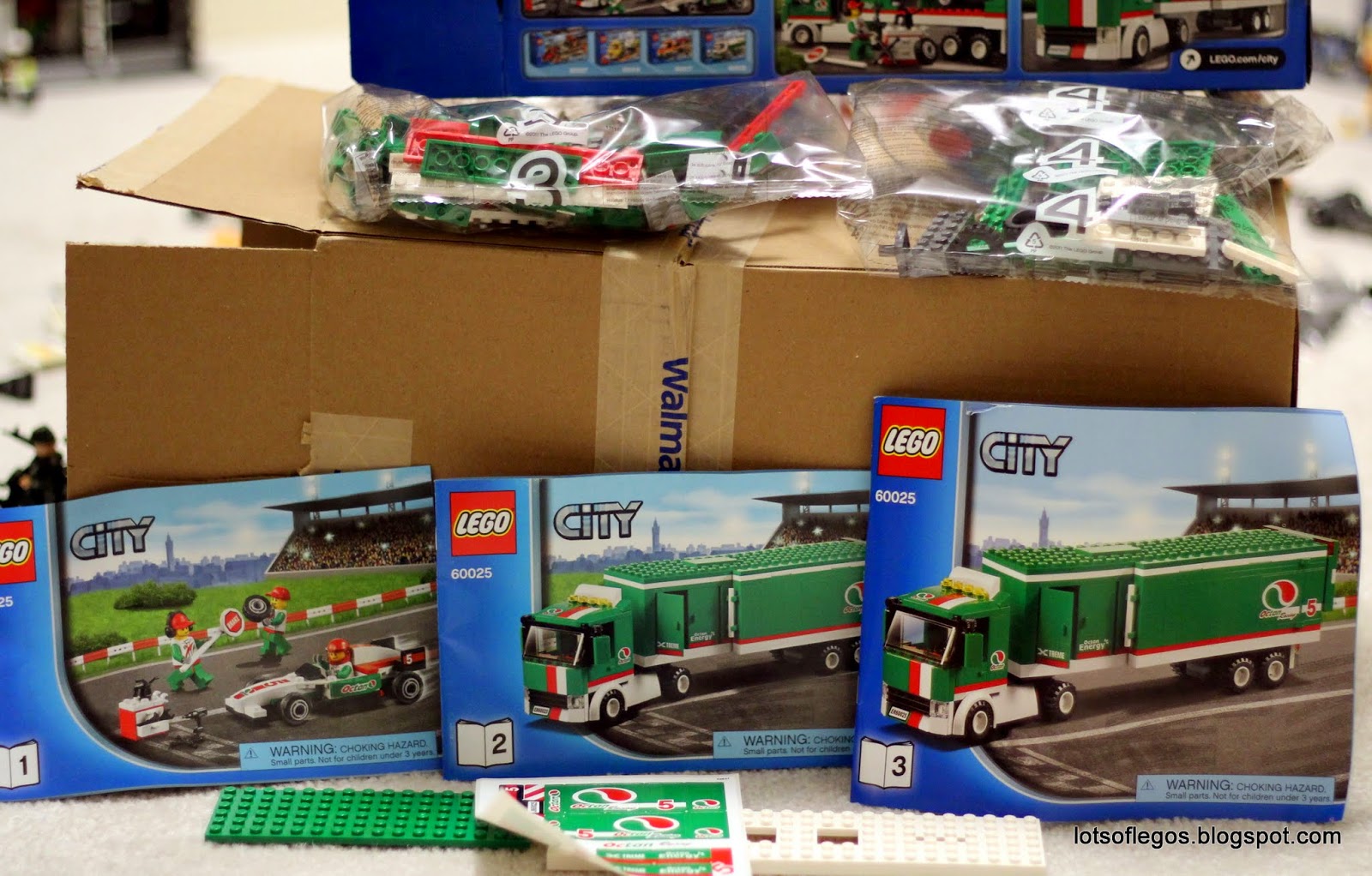 The set has three different instruction booklets.  One to build the race car, and the other two to build the tractor trailer truck.  It also came with a sticker sheet, which I never put on.  I should though to make it look more authentic.

Here's the assembled Grand Prix Truck. It's a fairly easy build.  It has a storage compartment for the toolbox and spare tire. The swing away door reveals the race car storage.

You can see that the race car fits snugly inside.

The back of the truck also opens up but the steep incline would make it hard to drive the race car out.  Would have been nice if Lego had made the cargo box higher, it looks too flat. 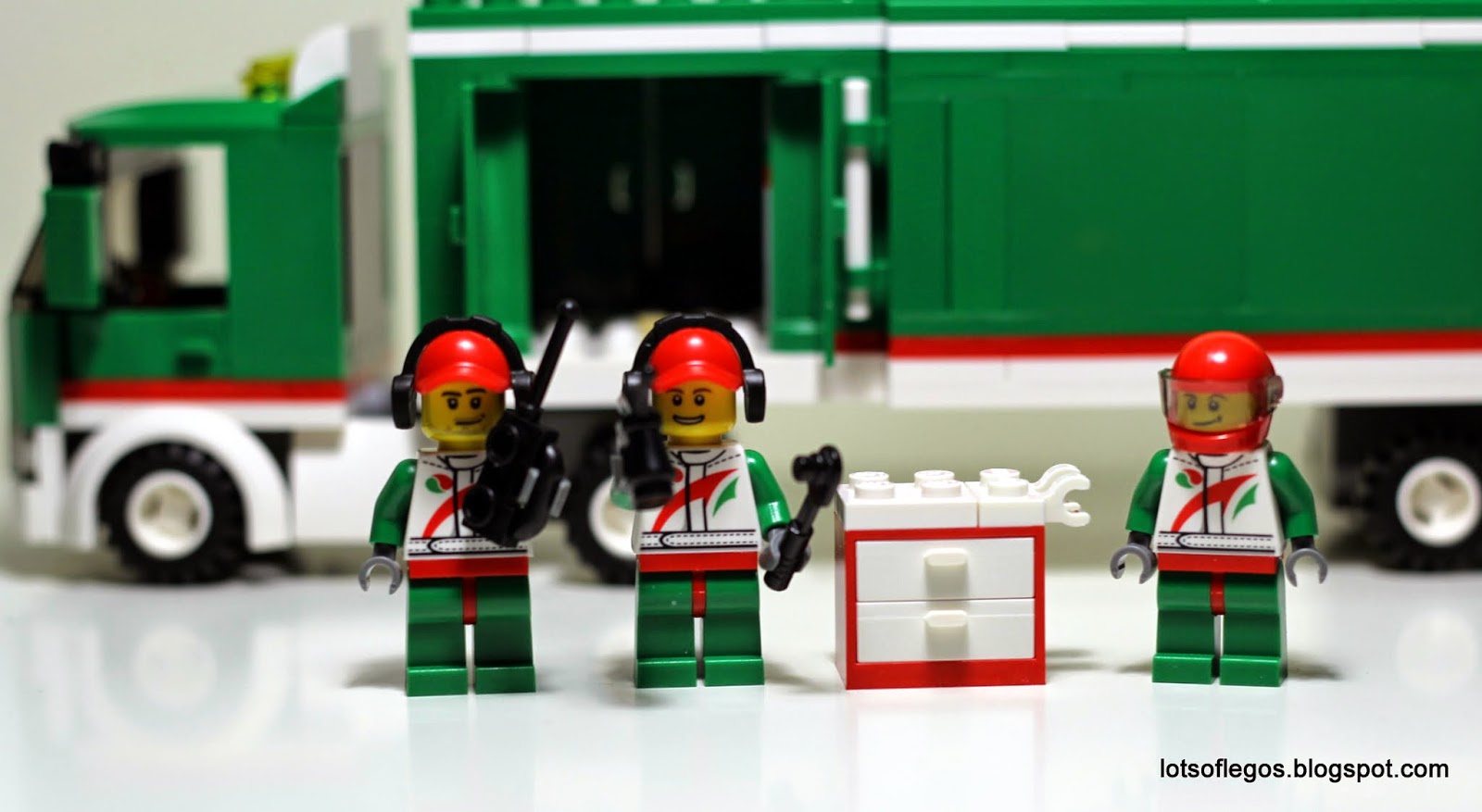 The Grand Prix set comes with three mini figures.  You get a rae car driver who is wearing a helmet and visor.  You also get two pit crew with caps and ear protection.  One crew member looks like he's in charge with his walkie talkie.  The other mini figure could be the mechanic with is tools. 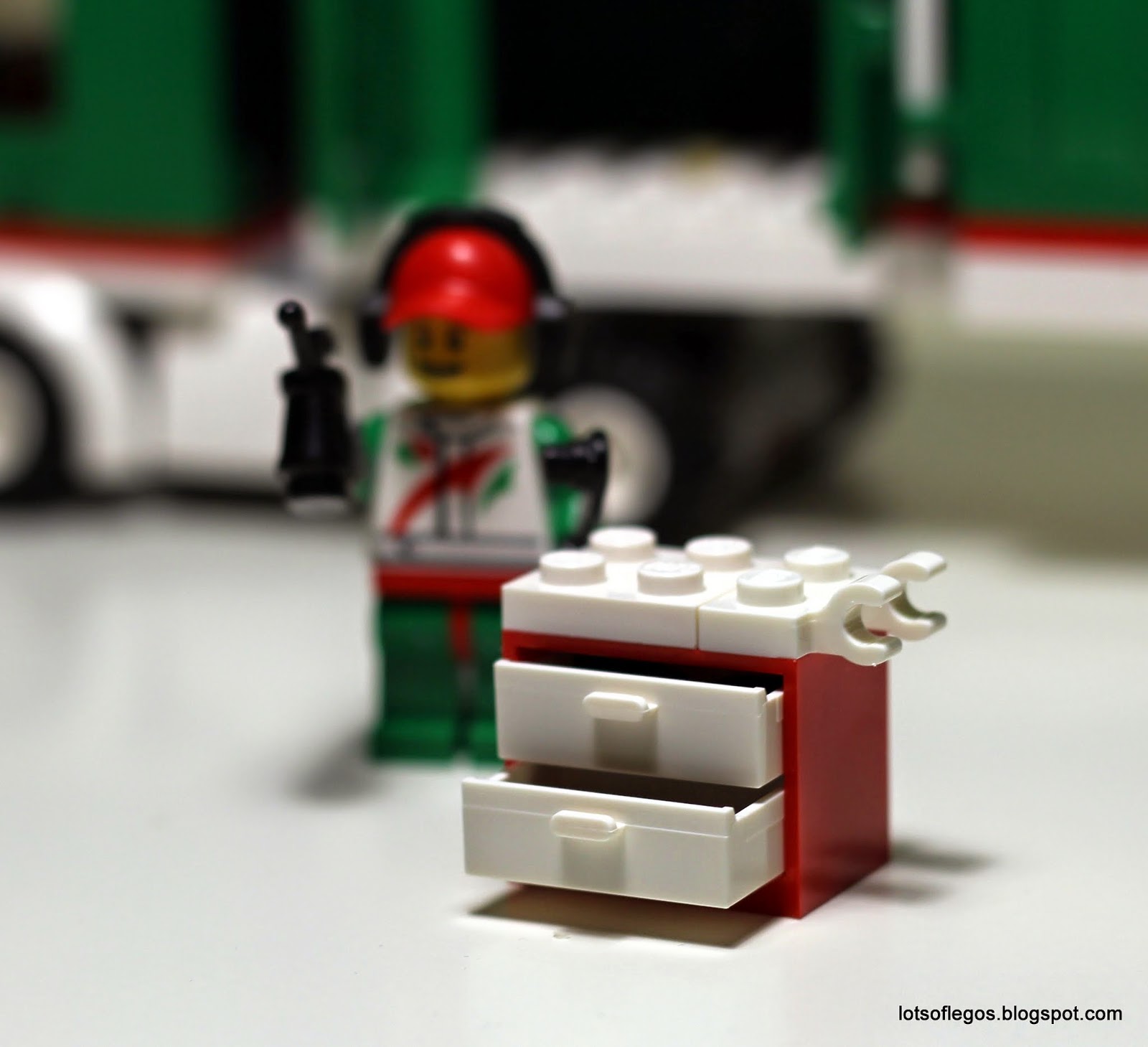 Here's the mechanics toolbox.  You get a lot of tools with this set. 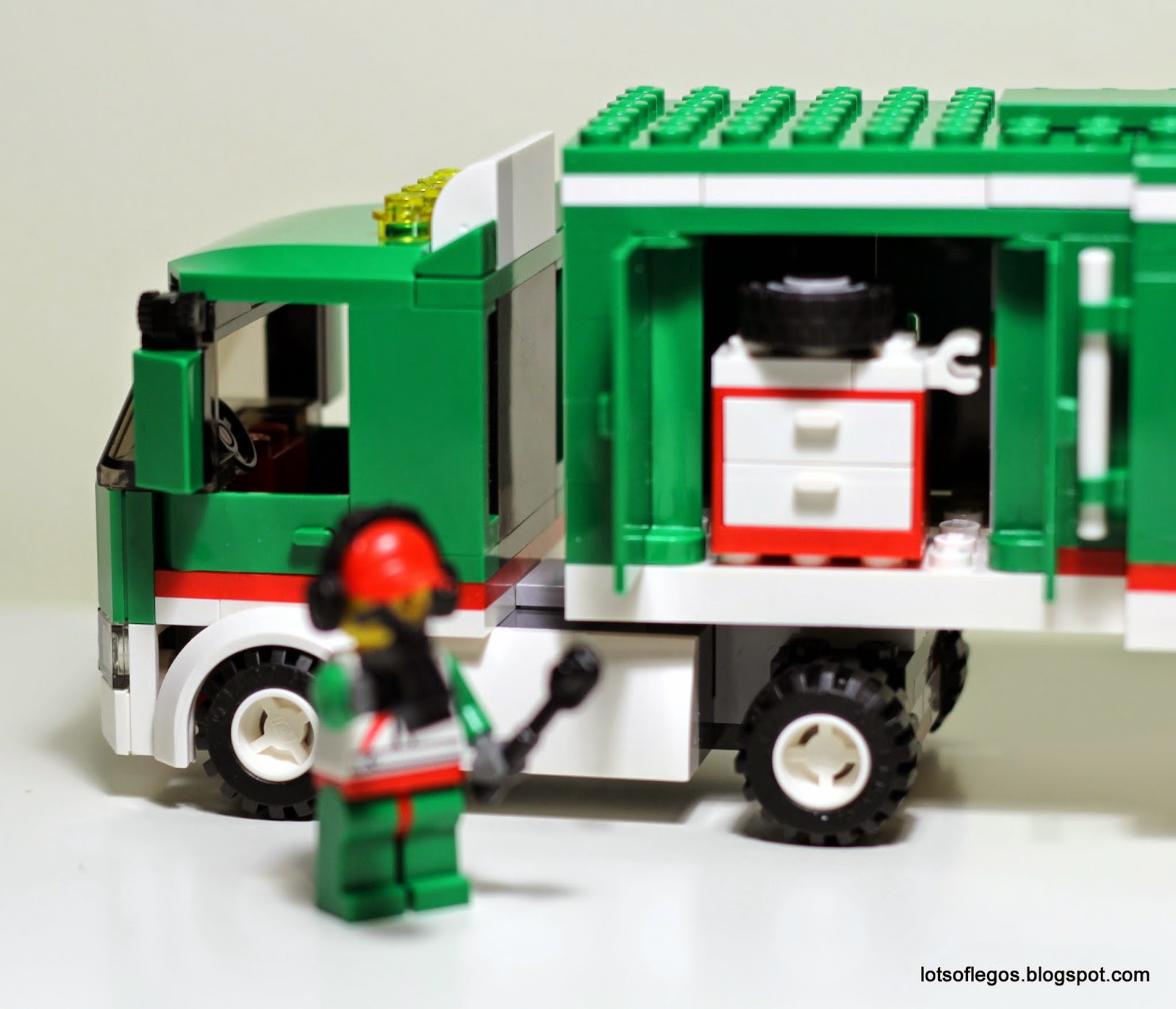 The toolbox fits nicely into the storage compartment. You also get an extra spare tire. 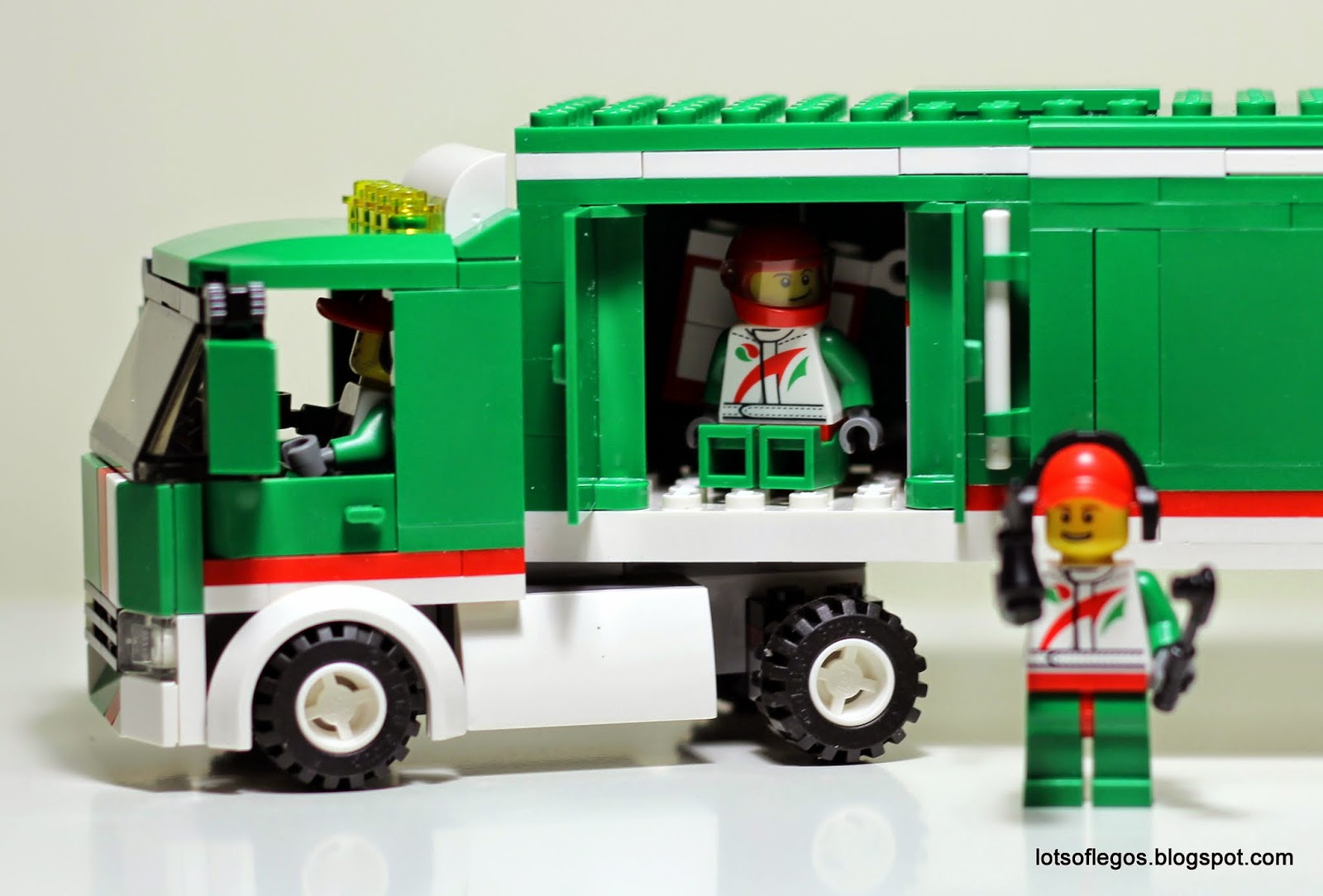 As the cab space is only limited to two people, the crew has to take turns sitting inside the storage compartment when they go to races. 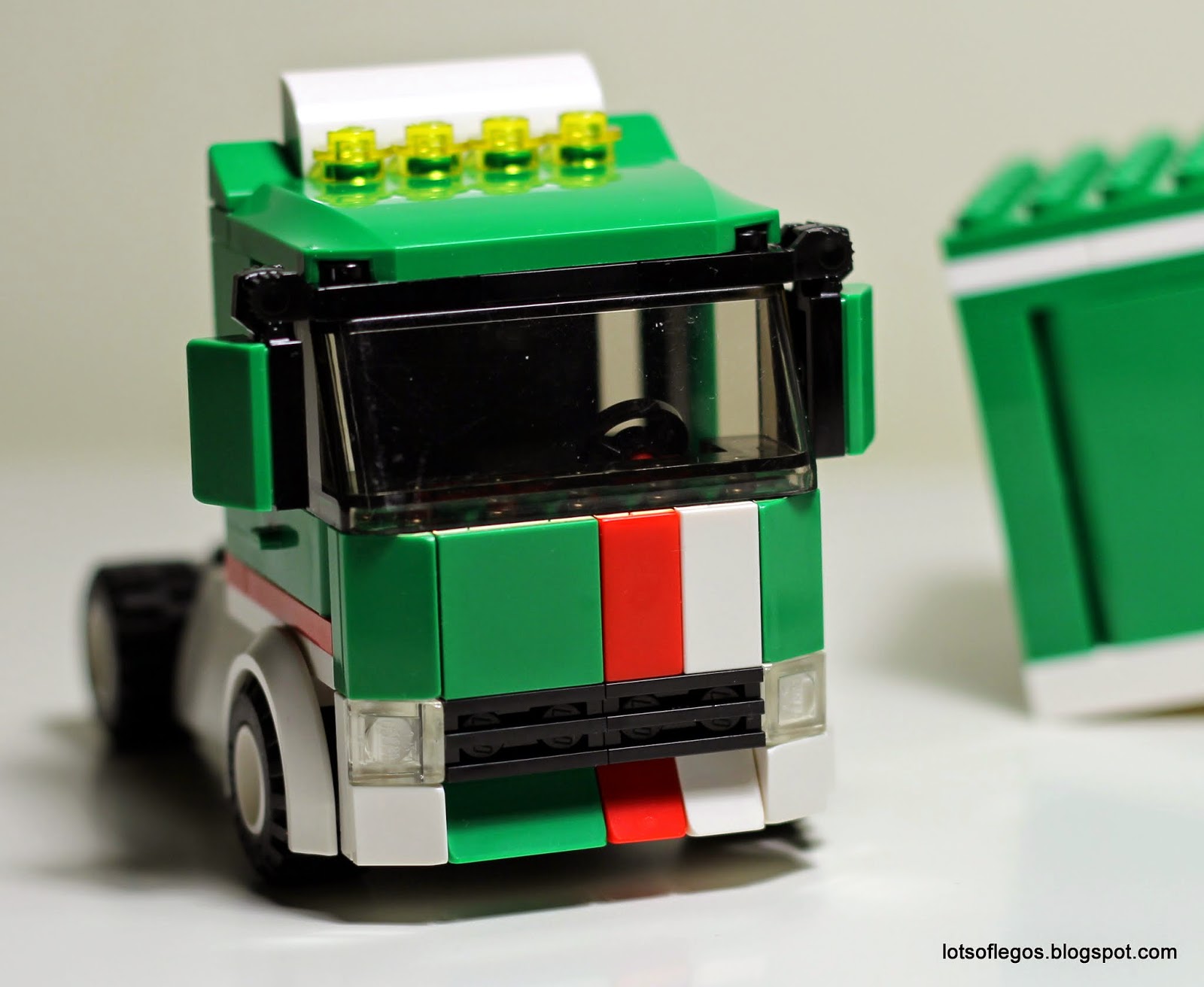 The cab looks pretty cool with the contrasting red and white stripes. 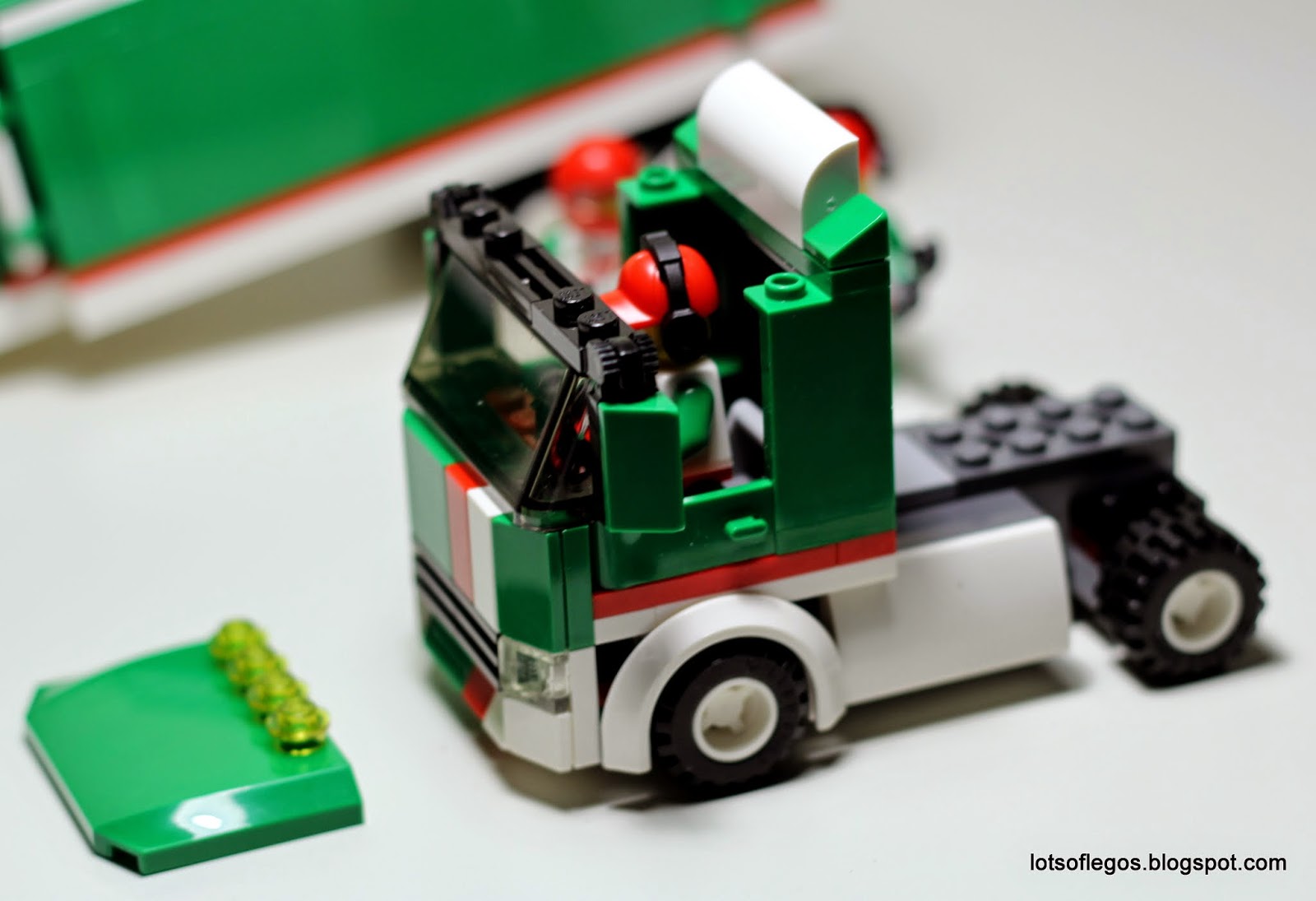 You have to take the roof off to put the mini figs inside.  There are doors on either side of the cab. 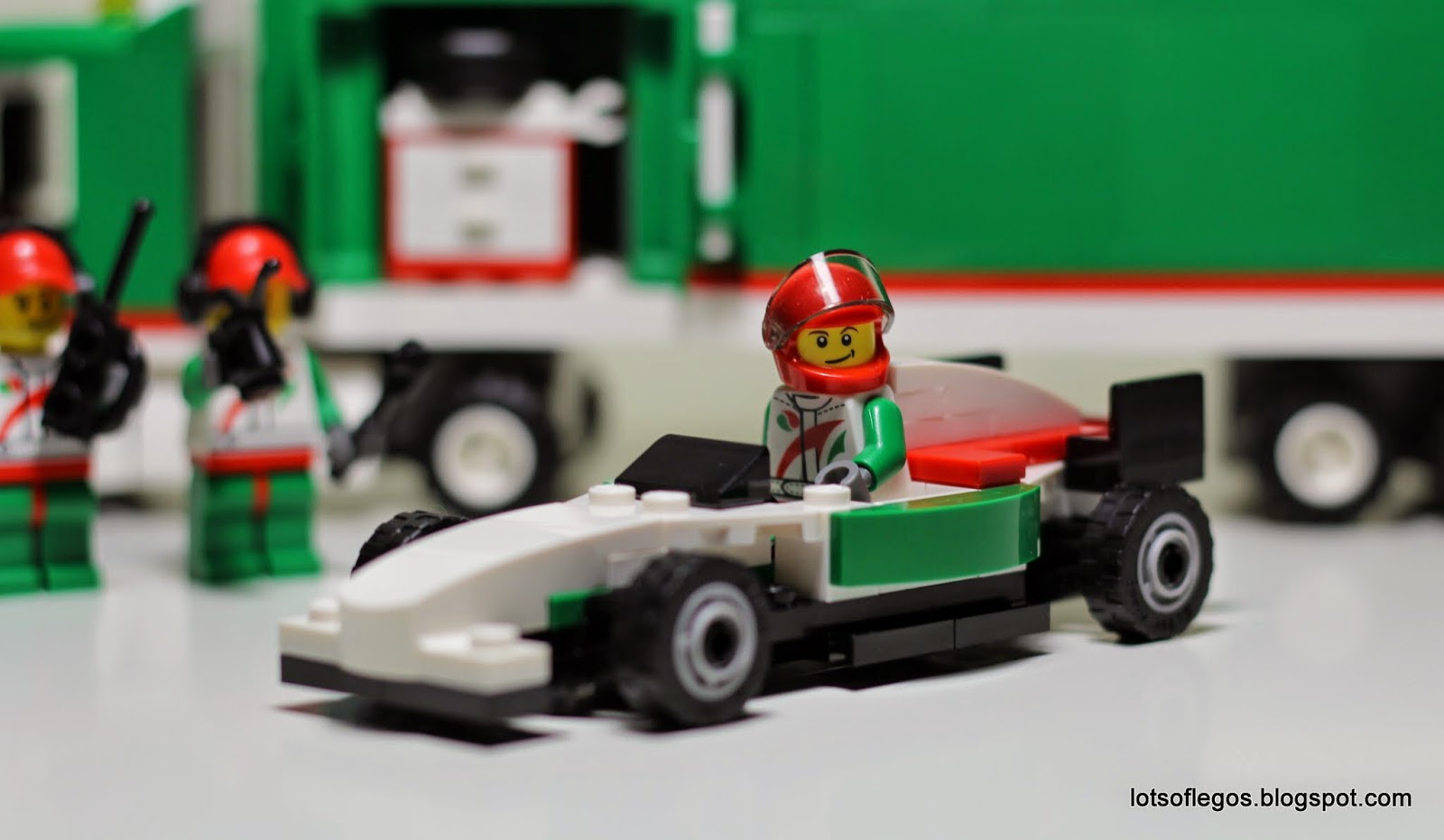 Here's the race car.  The driver sits too high in my opinion. 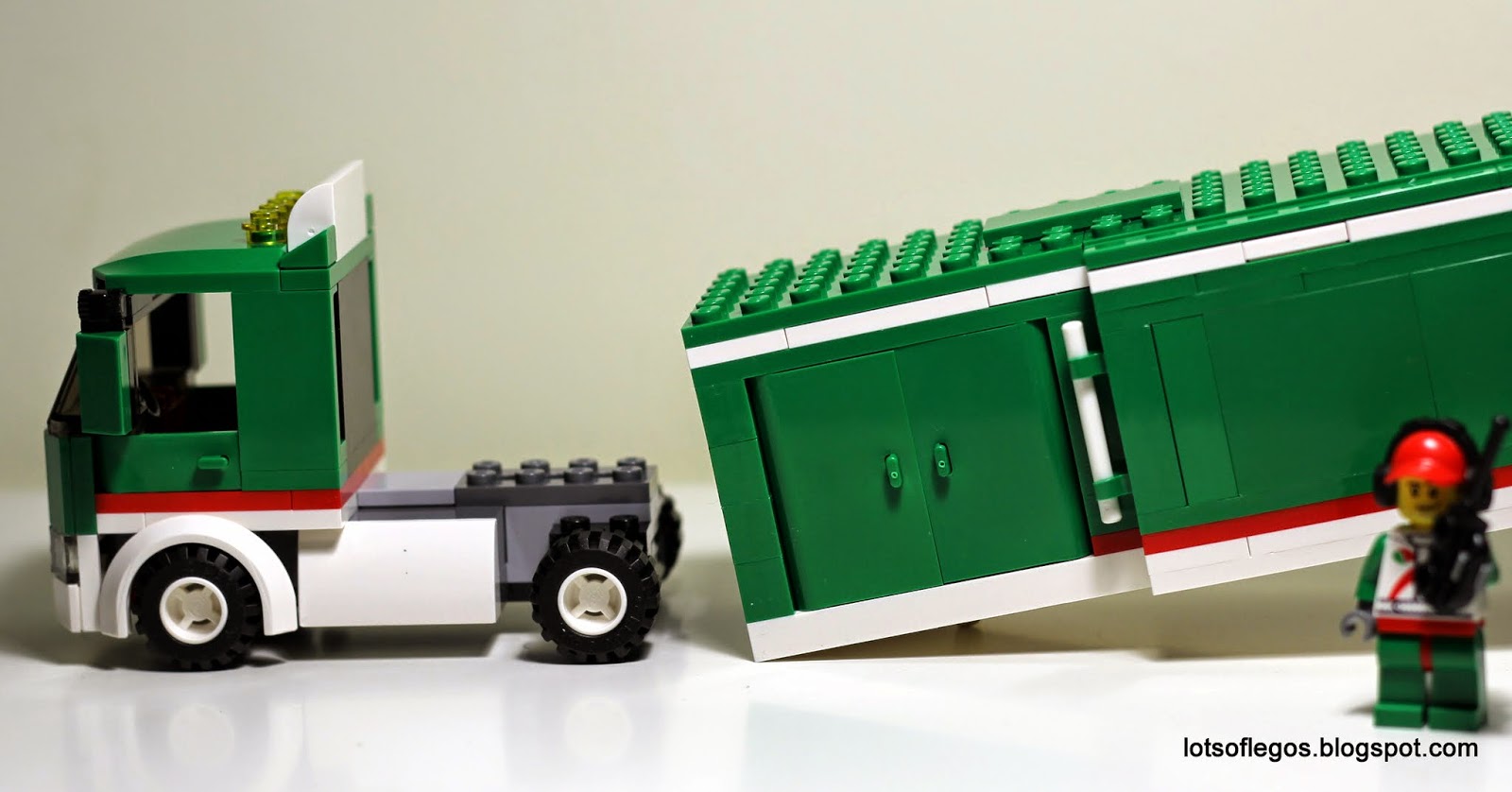 The trailer connects to the cab loosely. It should also have support legs that fold down when the cab is detached.

Other the above deficiencies, it's a pretty good set.  Retail price for this set is around $40 CDN, but I got it on clearance. 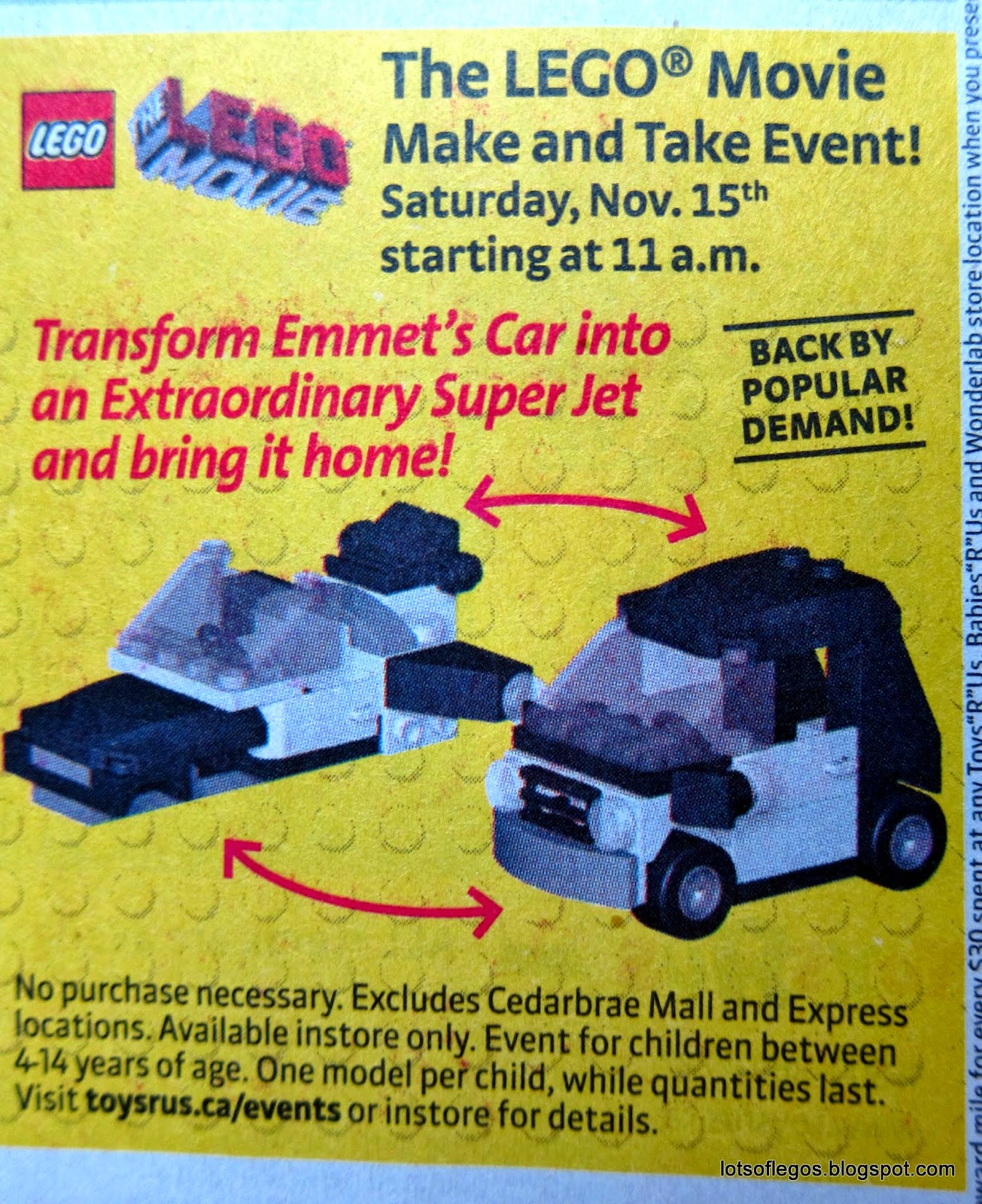 Toys R Us Canada had another Lego Make and Take Event.  Back by popular demand (so, they say) is Emmet's car. 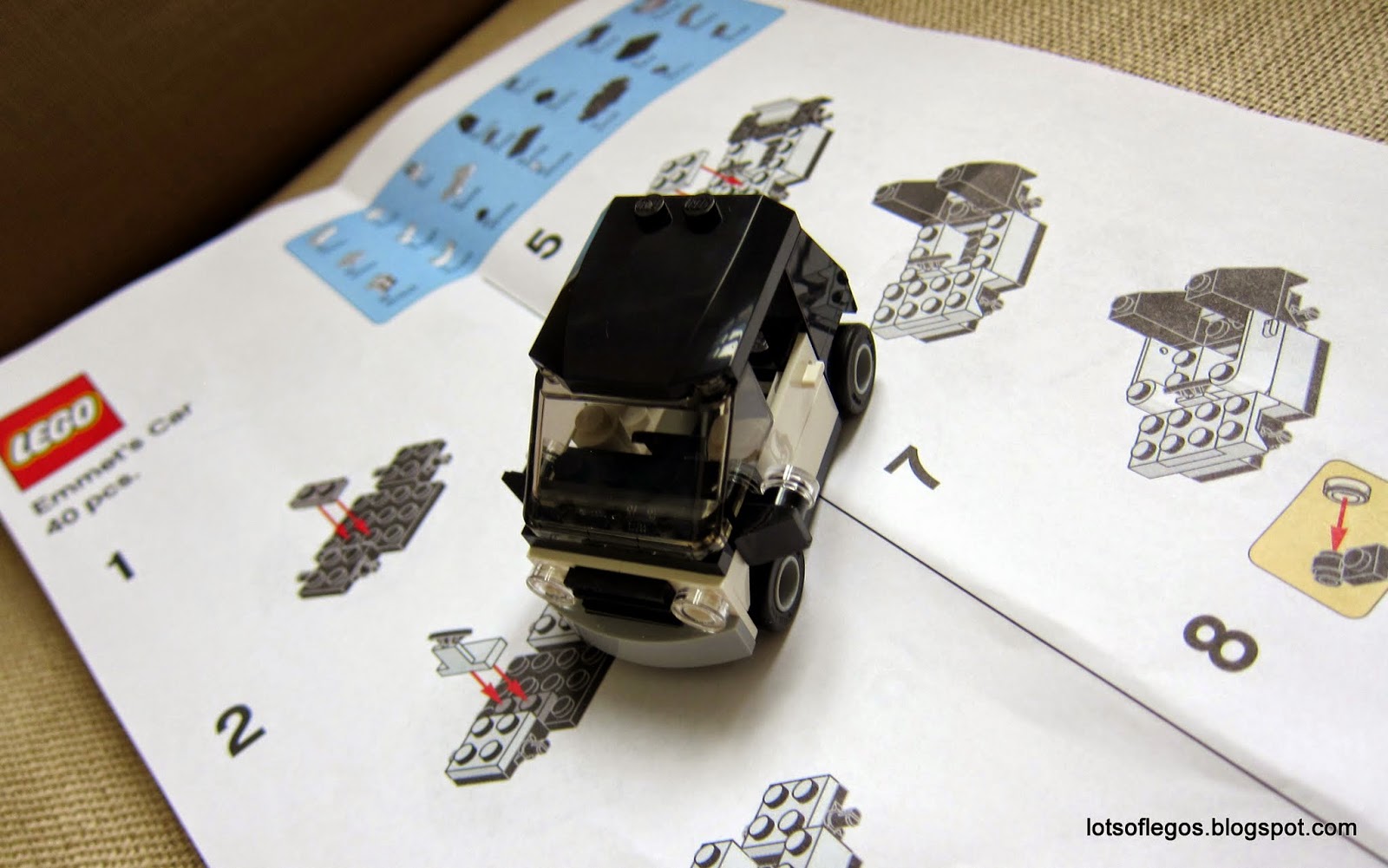 I certainly wasn't expecting the lineup when I got to the store.  The line for the free Emmet car snaked from the front all the way to the back of the store.  A TRU employee handed out little tickets and instruction sheets to either build the 40 piece car or the 32 piece flying car. 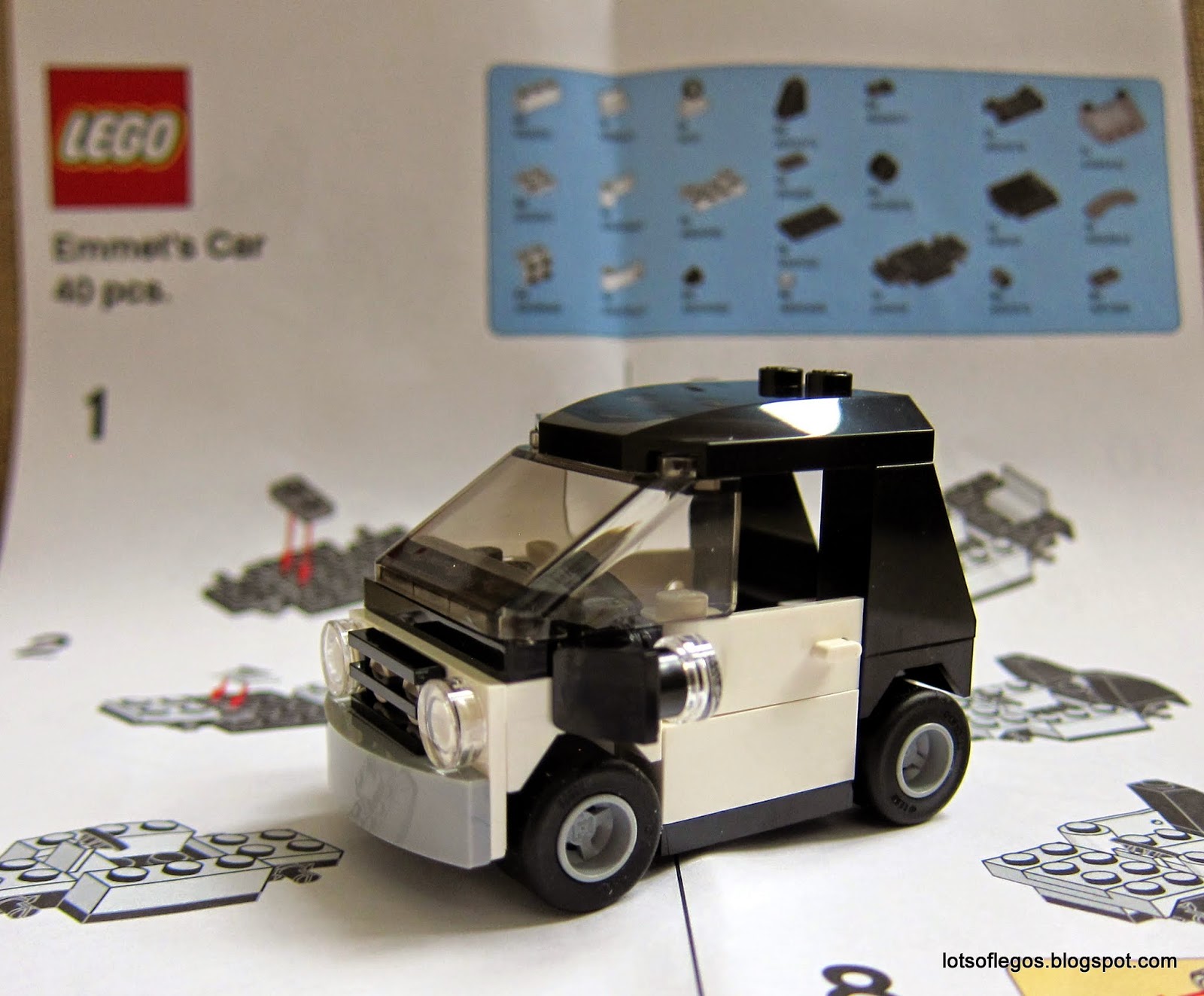 At the front of the line, TRU had setup a long table, where all the separate Lego pieces were in their own little boxes.  On the front of the box, was marked how many pieces you needed for the set. 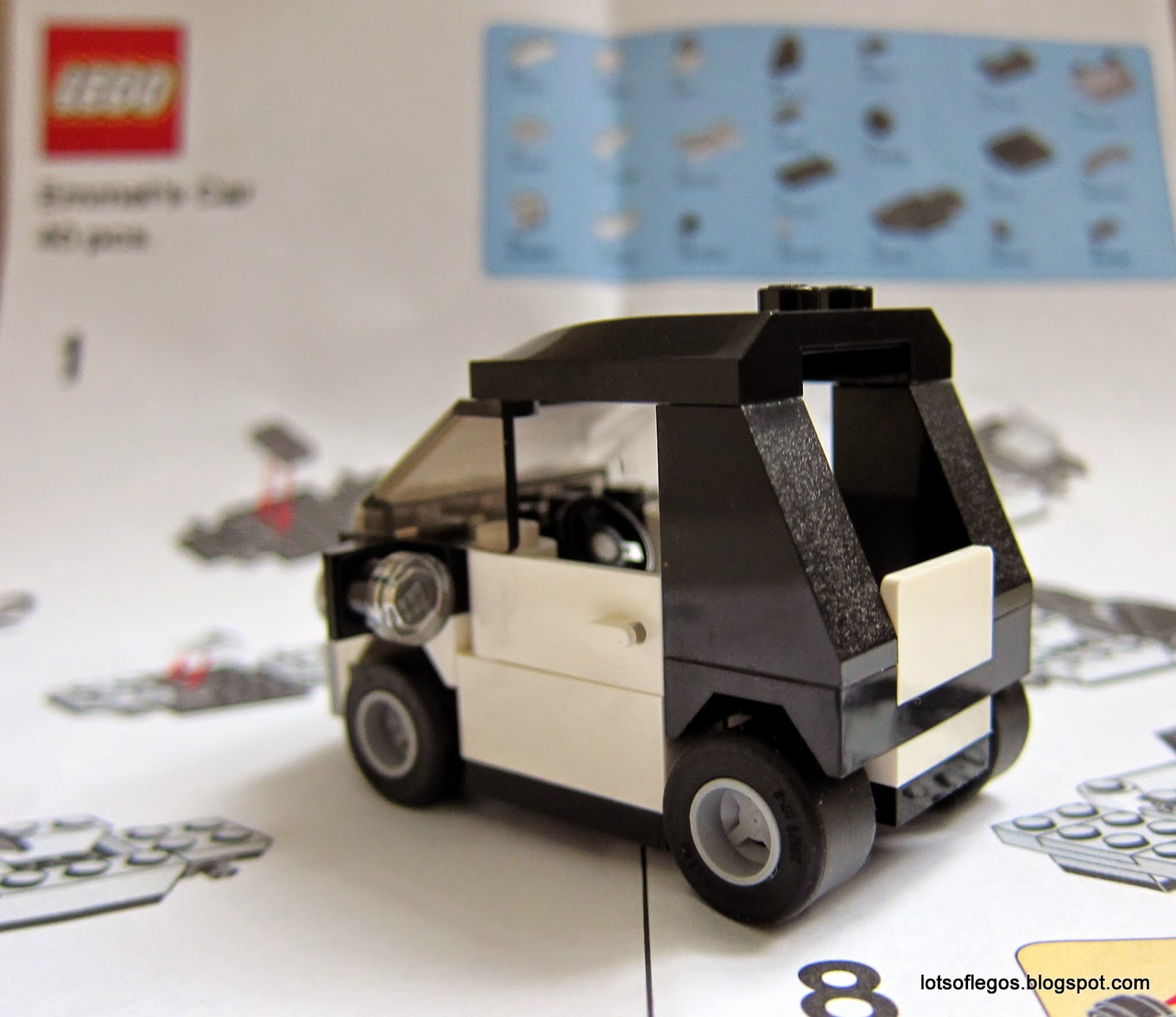 One was given a little baggie and you helped yourself to the parts from each of the boxes as prescribed.  Some kids chose to build their cars on the spot, while others left with the parts and instructions to build at home. It looks just like a SMART car .  Nice touches on the side mirrors, although I wish they had somehow incorporated a rear window. 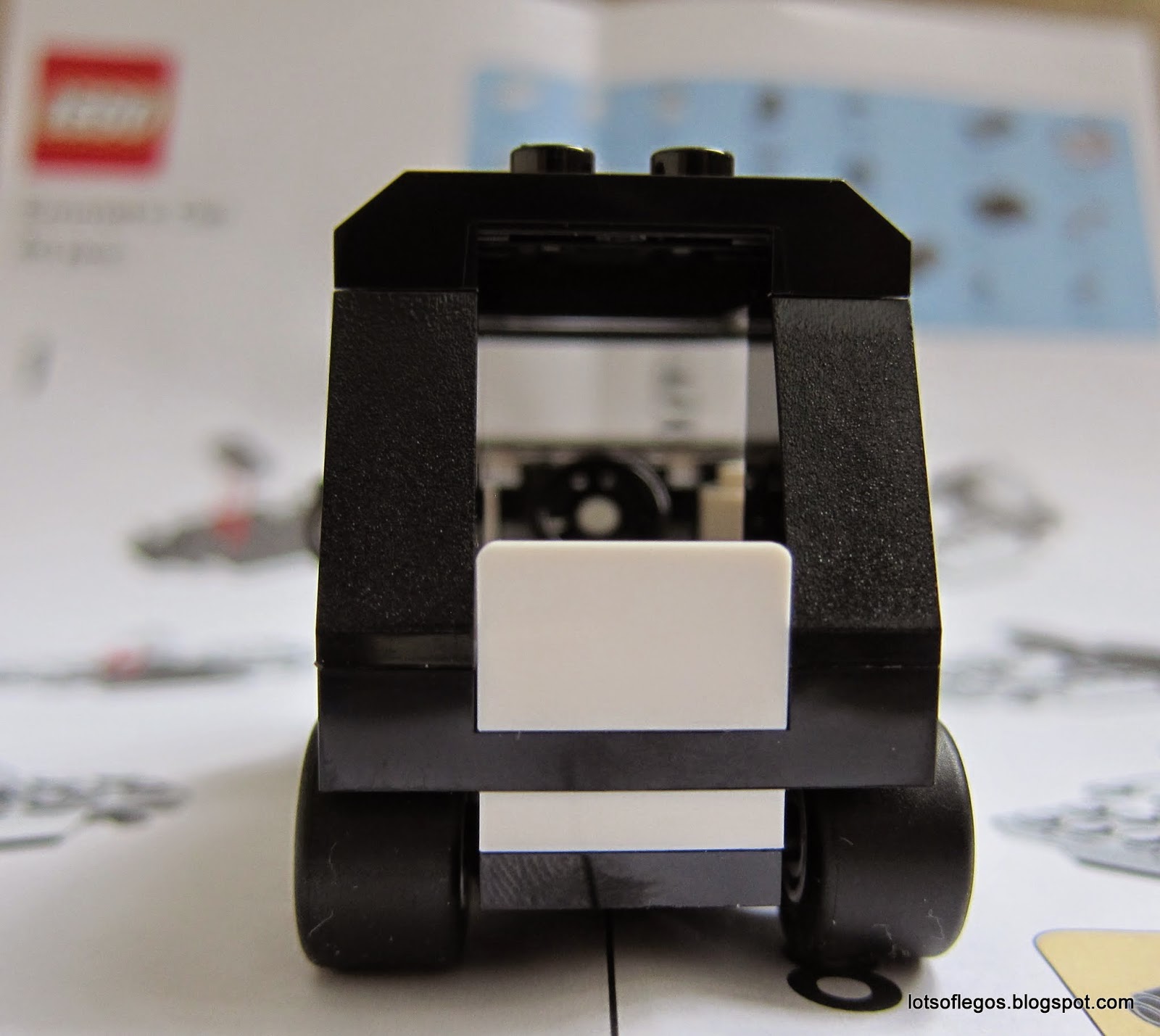 Taillights, a license plate and rear bumper would have been a bonus.  Might have to see if I can add them later without altering the style of the car. 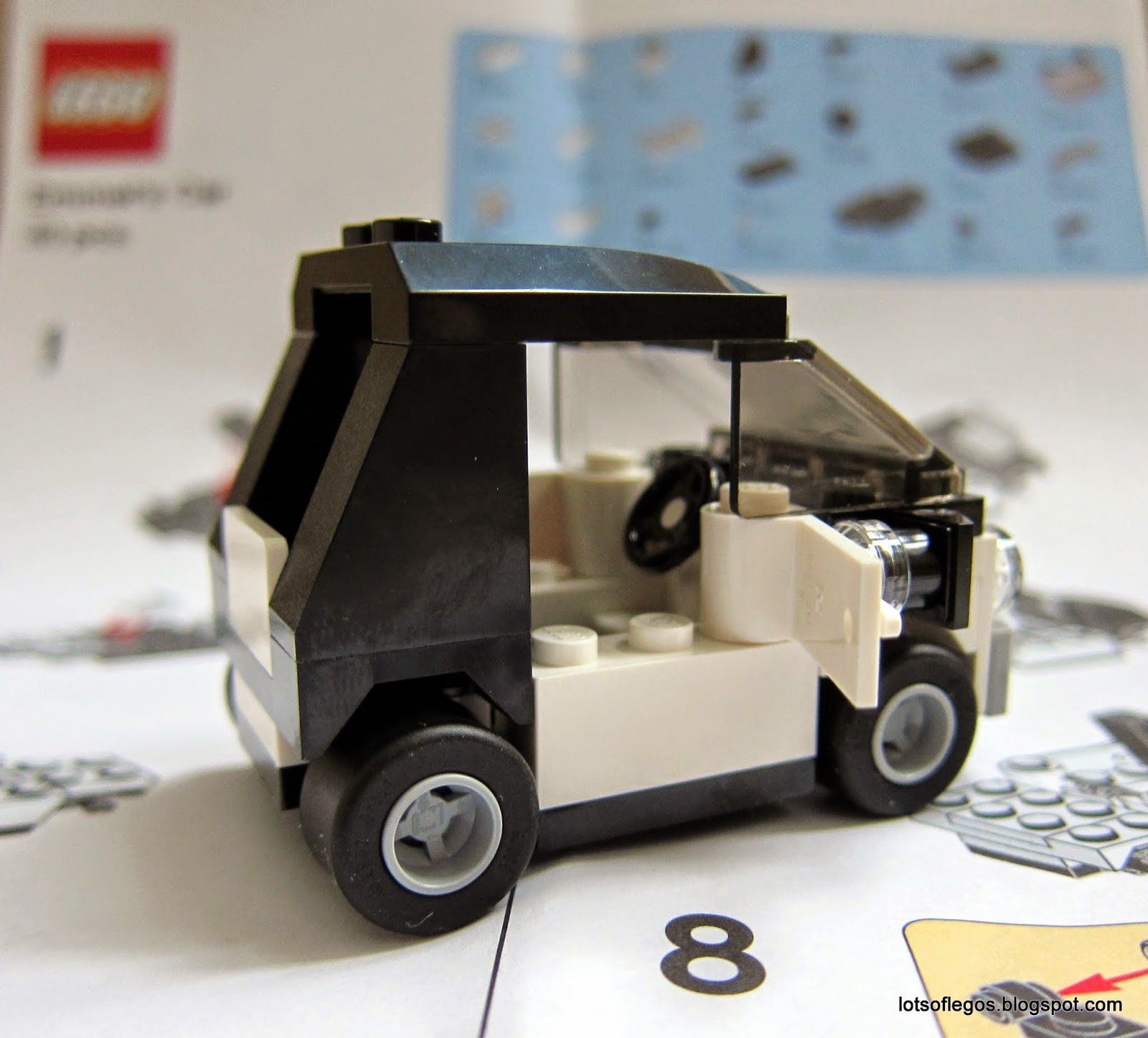 Opening doors is a plus. 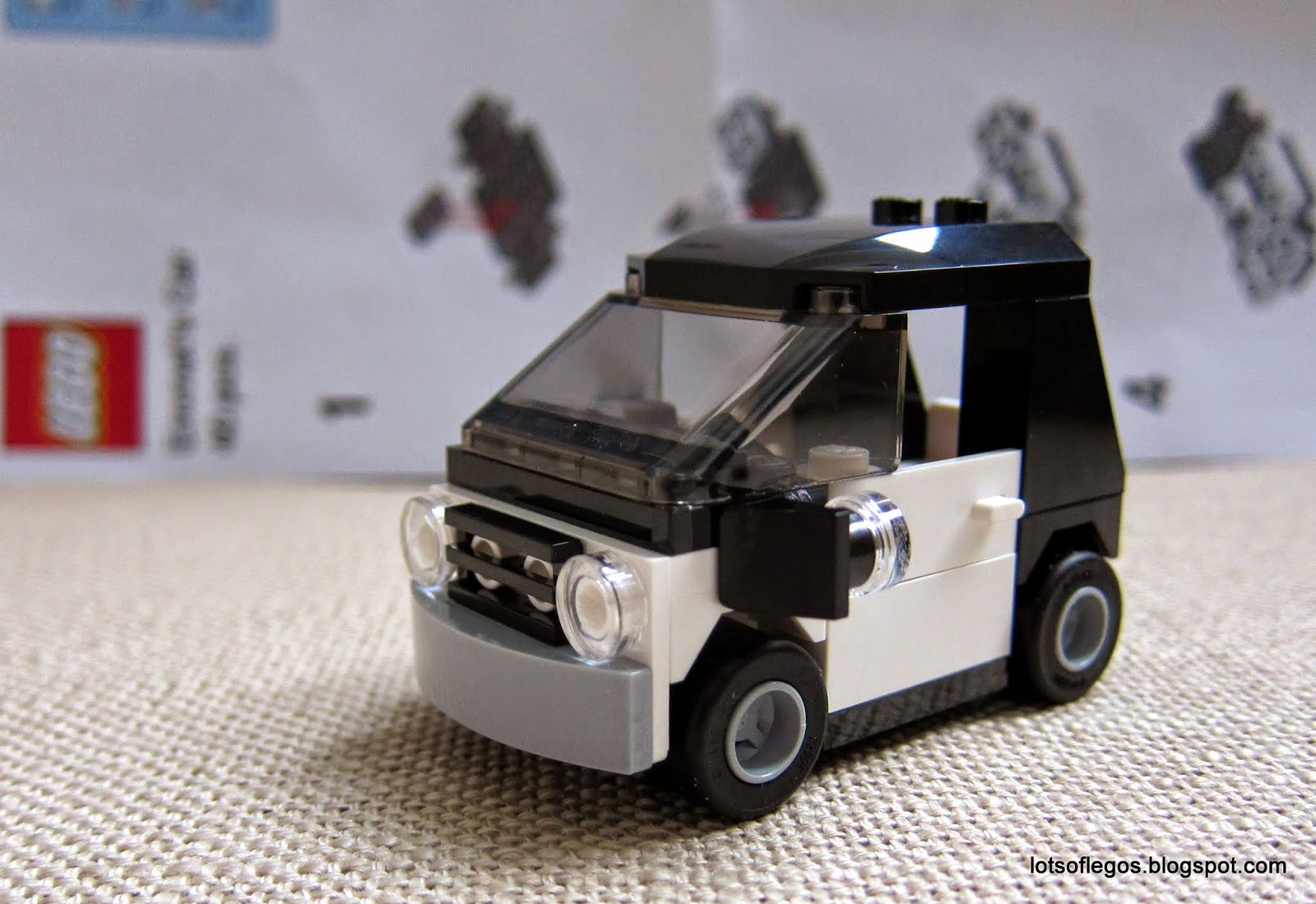 All in all, a nice little build.

Thanks for your support!